The last couple of weeks have been a whirlwind of crazy in our home.  Ellie has been trucking a long quite nicely on stage 2, and onto stage 3.  We had some blood work done that showed some elevated kidney levels and so we did an ultrasound and a repeat. All is well and levels are only elevated slightly, determined to be due to her diet and not causing any harm.  This was super great!

Her biggest hang up at this time is that she is still on a bottle. This equates her almost to a 3 year old on a feeding tube, because all of her food bypasses the beginning stages of digestion and heads straight for her throat.  The process of digestion begins in the mouth, with saliva production, the triggering of important enzymes, and all kinds of fun stuff, so until she begins to chew her food we will be at a stand still in some areas.

Knowing that she needs to chew, and wanting to spur her forward, I began to get impatient.  She is older, and she asks often for food she can not have.  A few months back I was stuck out of the home and far away at dinner time. I hate when that happens. I simply have not gotten myself organized enough at home to have a freezer stocked full of frozen dinners in the event of an emergency, and so I did my best and headed for the In and Out drive through. (Yes, it's true. Just wait, the confessions get better. Does it help that we don't get fries?)  As we were leaving the window Ellie says, "Mama, whatchu get me?" Silence. Mommy guilt. Seriously? So sick of this.

"I got you nothing honey. There is nothing here. I am very sorry."  And she began to cry.  Not that tantrum type of cry, but that I am being left out and truly sad sort of cry.  Screw it. Knowing full well that the corn cross-contamination was guaranteed, I figured who cares, it isn't like she chews and swallows.  It is most likely this will never even make it to her mouth. So I tore off a very very very very small piece of Big Sis' patty and handed it to Ellie. (I know. I KNOW! I lost my mind!)

She rewarded me by doing exactly what I thought - she put it in her mouth and promptly spit it out and gagged.  After this long on GAPS, I figured there was no way she would react to this. So I gave her another. And another. About the fourth piece I hear Big Sis say in a panic "Mommy! Ellie swallowed it!" oh crap.  I spun my head around to see a grinning Ellie in the back seat. "Uh huh. I CHEWED. It in my belly. SEE?"  She then showed me her huge, open mouth.  OH DEAR.  Oh well.  I gave her another. YUP. She chewed. Jaw action and all. Little turkey. I am on to you! I felt like I had discovered a deep secret. You can chew!

No adverse effects were had from this little endeavor, and wanting her to get moving through this hang up, I began to let her have access to foods that are considered advanced.  Chocolate cupcakes (full-GAPS legal) that she just licked. Dried mangoes she just sucked on.  OK that was about it. But still that is a pretty big no-no.  Somewhere around this time she began to have a funky smell on her breath.  I now know it to be the smell of yeast. Bummer. 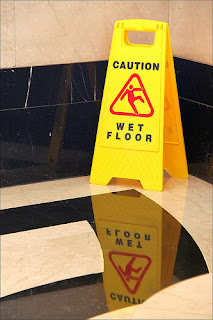 Somewhere around this time she swallowed a big chunk of dried mango. Not good. This one really made me panic.  In addition it became much harder to tell her no.  She really wants it. She begs.  It sounds something like "I really REALLY NEED it mama. Mama PLEASE buy me some mango." What did I do?

Overall symptoms did not seem to be pushing her towards problems.  But it was. It was building. I really should have paid more attention to this slippery slope.

At the same time our hens stopped laying eggs and Ellie stopped pooping. Her toxins began building and I began to panic.  I have no idea what it is about the eggs that are so pivotal for her, but at that point they were very important. So we quickly decided to try her on some corn free, soy free, wheat fed eggs.  She did great for a few days, and then she got sick fast.  At the same time there were some environmental toxins - our air filter needed a filter change and I procrastinated and turned it off, she peed her mattress which appeared with this funky red mold stuff and I don't have it covered, Christmas wrapping paper out-gassing  Christmas tree in the house - all of these things were just too much.  It caused her system to overload and tip.  And tip it did.

Sick.  The poor girl has now been sick for two weeks and going, as we back track and try to make the fixes.

Would it have happened anyways with the eggs?  Stopping ours? Trying the others? Christmas exposure? Mattress toxins? Maybe. But she has cradle cap now. And that funky breath smell. And she has not had nut butter or anything else stage 3 for quite some time.  A few tiny bites of just a hamburger patty might have not caused the tip, but chocolate cupcakes and dried mangoes are really not a good choice.

Yeah, I get it.  I am human. I am a mama who wants her little girl to eat. But I listened too much to the little voice that said 'after all this time she certainly must be farther along than you think'.  I thought about all the times I did NOT push her forward when I should have, and figured I would not make that mistake now. I contemplated what other's said, and what other kids were eating, and got lost in my desire for her to be healed. I looked at the list from the speech therapist that encourages feeding fruit loops and cheez whiz in order to get kids to eat, and figured I needed to give Ellie some motivation.  And I blew it.

When I started teaching I had a mentor pass on some very valuable words of wisdom:

Never compare yourself to others for you will only compare your weaknesses to their strengths.

That applies to my kiddos, too. I would love for Ellie to progress faster and to shout from the roof tops that our GAPS journey was a quick jaunt through the stages from broth to sprouted grains. I would love to say that as we near 2 years on GAPS, Ellie is almost done, and has not needed any additional support.  But that is because I am comparing other GAPS Kids successes to her weaknesses. So be it.  She is Ellie. And that is who God intended for her to be.

Romans 8:24-25
But hope that is seen is no hope at all.Who hopes for what they already have? But if we hope for what we do not yet have, we wait for it patiently.