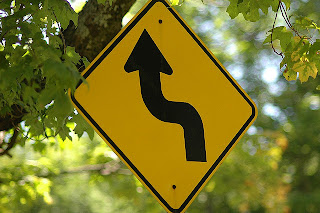 Ellie's current plan is changing a bit.  Her allopathic doctors are pleased with her progress and feel that she is doing fantastic 'in spite of'.  She will be getting weekly speech and feeding therapy to help move her forward and off the bottle.  I am not a fan of where she is, and thankfully neither is her holistic practitioner, so we are changing her  plan a little bit in an effort to move forward.

Her recent illness has shown that she (still) does not tolerate an increase in carbohydrates because of her systematic fungus. NOT because of allergic response, intolerance, or dissacharide deficiency, all of which are well on the path to healing. (insert big mama grin here)

Her fungus battle began the first day of GAPS, and we took the edge off with a 6 month round of pure oral nystatin powder. At the same time we began increasing her Gutpro probiotic, fermented cabbage juice and eventually starting her on refined coconut oil.  These things took a long time to build, starting with pencil point amounts.  It took 6 months to get to one teaspoon a day of cabbage juice. Gradually we transitioned her to actual kraut juice, and onto raw coconut oil.  We began fermenting vegetables and adding those tonics in as well.  The ferments were pivotal to her progress.  And once we let her chug fermented coconut water we saw substantial healing.  This was hard to source, hard to make, extremely expensive, but entirely worth it.  It has done amazing things for her.

Once more we are again looking to add something else that will help her with the fungus.  This fungus is a frustrating, pesky and amazing thing.  Dr. Natasha explained it at the WAPF conference in a fascinating way.  Here is my summary:

When the body is in crisis and dealing with a problem - say a bacteria infection - it literally sends out a signal inviting fungus into the body.  The body then uses it to help protect and clean up the decay present.  Fungus feeds on decay, and is attracted to rot.

Rot! Amazing and gross all at once. Fungus is also opportunistic and can spread like crazy.  So in other words, fungus is not necessarily the primary problem. Fungus can be the secondary problem, especially if it is being used by the body to clean up infection, or shield against metal toxicity (for example).

From what I gather, our next step is to finish beating back this fungus, and a primary issue may show up in the process - something that is inviting the fungus to hang on.  I am guessing that this might end up being her continued issue with staph that has reared only after making some significant strides towards healing.  Either that, or the corn syrup solids she was on for 18 months just gave the fungus so much food we are retracing those steps, making it the primary problem. Fungus can adapt quite well.

Because her broken detoxification system is so severe, we will continue her on a topical glutathione supplement. This has been great for her. And we will try her on a new anti-fungal medication called Lauricidin.

She is in a new stage of healing.  New clues and new milestones means new healing. And most of all it means she is nourished.  Her body has the nutrition it needs to deal with illness, and continue to heal instead of getting worse. For that I am grateful to God.